Sam and Will reached out to me in August, they originally only wanted family photos done, her dad had some scary and urgent health issues and they weren’t sure how much time he had left. She had mentioned they would be doing a courthouse elopement very soon, but that she didn’t need a photographer- and after some messaging back and forth changed her mind on it. We did their family and engagement photos in early October, and their Elopement the Tuesday before thanksgiving. It was just them and their parents, me, and the judge in the room. It was intimate, and so THEM. The sass in the glancing back and forth, reading their vows, and the joking slap of her vow book on Will’s shoulder after it was all official. We did family photos with everyone in the lobby area, some of their photos around downtown DSM, and ended at The Royal Mile for beers and appetizers! Sam’s dad passed away the end of December, and I’m so glad we were able to get photos of their family, and his and her relationship before his passing. 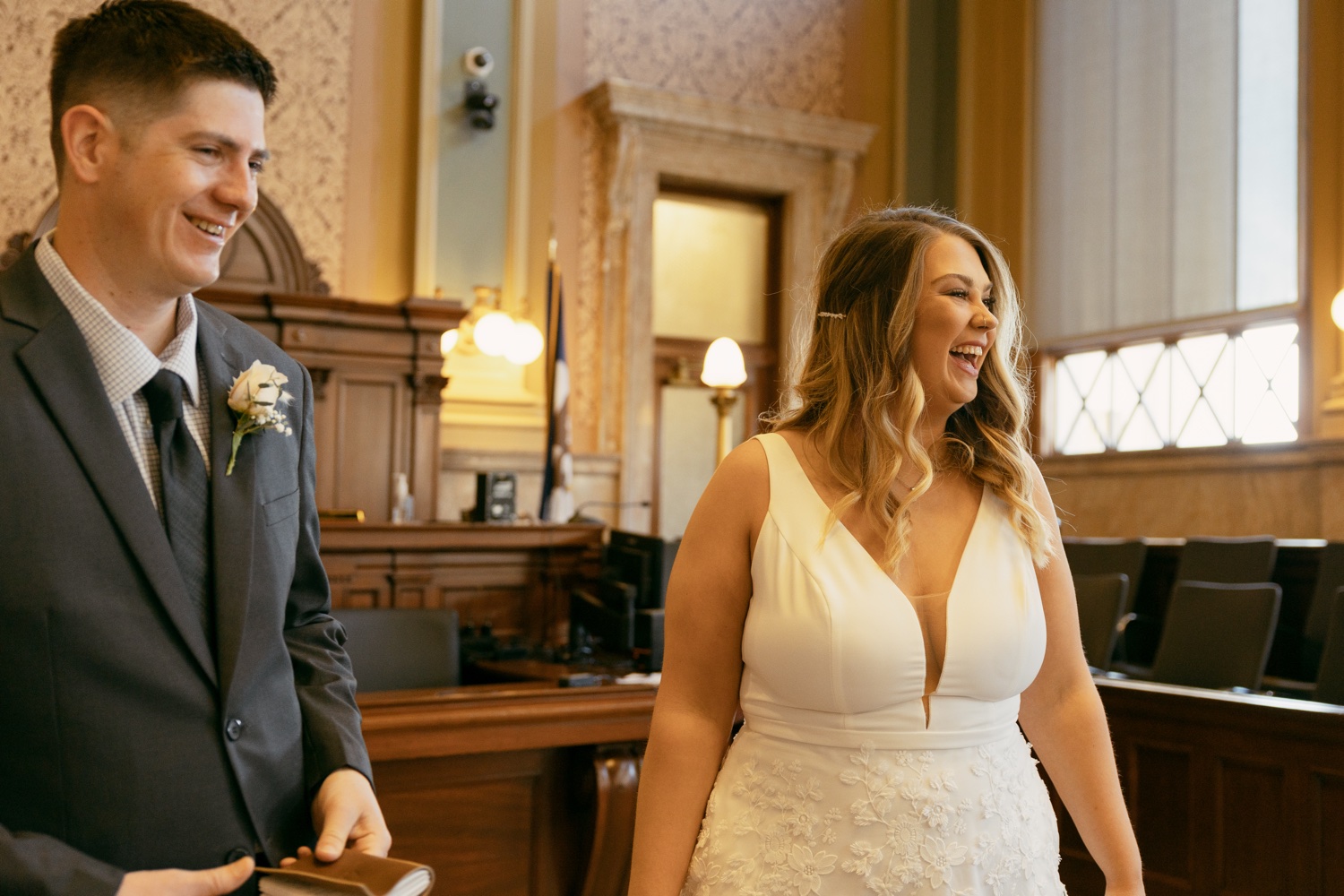